Scroll down to view our blog!

5 Reasons Blast Chilling is Much More Than Leftovers 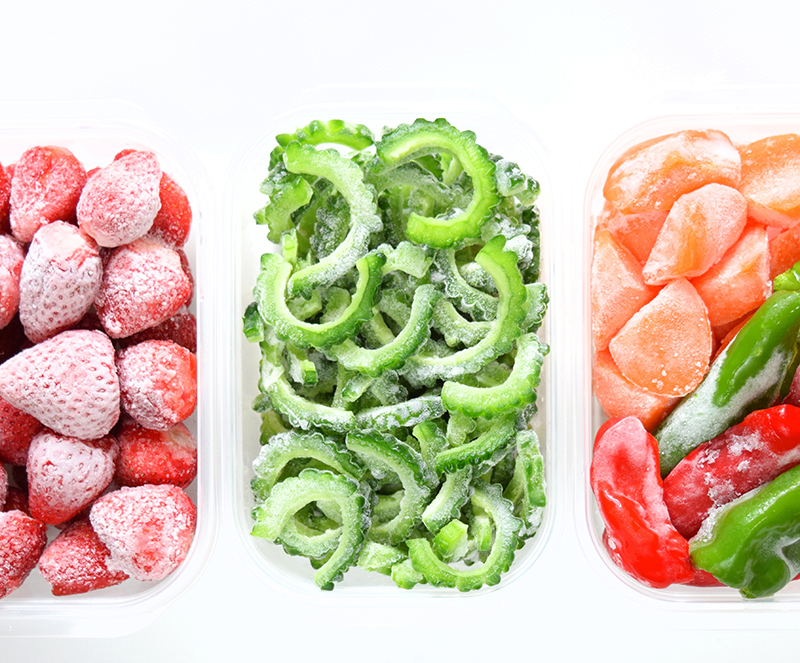 Time: it's something everyone wishes they had more of. It just seems like there are never enough hours in the day to accomplish everything everything you need to get accomplished. Whether it's the complexity of your menu offerings, volume of service or the lack of resources you may have, it's not easy getting all of your ducks in a row day in and day out.

But, what if we told you there was a solution to make time stand still. Yeah...sounds amazing, right? Imagine having the flexibility and freedom to not only knock out that seemingly never-ending prep list days ahead of schedule, but to have time to test new menu items and expand your menu. And this is all being done without sacrificing the quality of your current menu. No, it isn't magic, but it is pretty darn close.

We're talking about blast chilling. The best way to describe blast chilling is thinking of it as an "anti-convection oven." Inside the chamber is a fan that is disrupting the air to allow the cold air to efficiently penetrate the food. This enables food to be chilled at a more rapid pace in order for it to be kept longer. Compared to traditional freezing methods, a blast chiller can take an item's core temperature from 165° down to 38° in 90 minutes. This avoids food spending an extended period of time in the "danger zone" (140° to 40°), in turn limiting its exposure to dangerous bacterias. The faster it is chilled = the longer it can be preserved.

Now, the first thing that comes to mind as it's the most recognizable application (although rather inherent) is chilling leftovers. Don't get us wrong, having the ability to safely chill and maintain leftovers for a second service is extremely beneficial when it comes to cost savings and eliminating food waste.

However, we see this as a "free" benefit as that is the all-time feature of blast chilling. If this was the extent to which an American Panel blast chiller could perform, then they most certainly would not be the industry leader for the better part of half a century.

Here are 5 reasons blast chilling is more than just a one-trick pony:

Once the tickets coming pouring in it's tough to find space in your kitchen equipment to get your orders out in a timely manner - especially when you have those bigger items, such as chicken, pork or beef that are taking upwards of 20 minutes to cook. This is where blast chilling really thrives.

Instead of waiting until the order comes in to throw those raw protein items in the oven you would've already had them cooked and chilled down since the morning prep. All you need to do is re-therm it in your oven to the appropriate temperature and voila - you just cut down your cook time by upwards of 80%.

See above. The only thing you have to ask yourself is what you're going to do with all of that free time?

One of the major benefits of rapidly chilling food product is enabling it to keep it's original texture, flavor and aesthetic qualities. Food is largely made up of water molecules. By freezing those water molecules quickly you are avoiding these microscopic icicles from forming and bursting the cell walls of those molecules (macro-crystallization). In turn, you're preventing your food from turning soggy and watered-down.

In attempts to save ticket times (without utilizing a blast chiller) you might find yourself prepping and cooking up a large amount of what you think you're going to sell during that service, only to find out it was a slow service or you just didn't sell what you thought you would. Now all of that food is no good.

Had you cooked up a few days worth of product and blast chilled it down, you would've been able to eliminate a ton of food waste by re-thermalizing only what was ordered. Goodbye, food waste!

Do you have a seasonal item on your menu that people just can't get enough of? What if you were able to offer it all year-round? Or maybe you just want your produce to last longer. On top of being able to extend the shelf life of your leftovers, blast chilling gives you the ability to safely chill down your food items and get the most out of them without losing their original quality. What's not to love about that?

Welcome to the E3 Foodservice Blog!

Your source for the latest news & trends of the commercial kitchen industry.

As a manufacturers' representation firm, we are always in the know about what matters in our industry. Our goal is to educate and inform our readers as we want you to have the knowledge to make your operation the best it can be.

Here you will find: